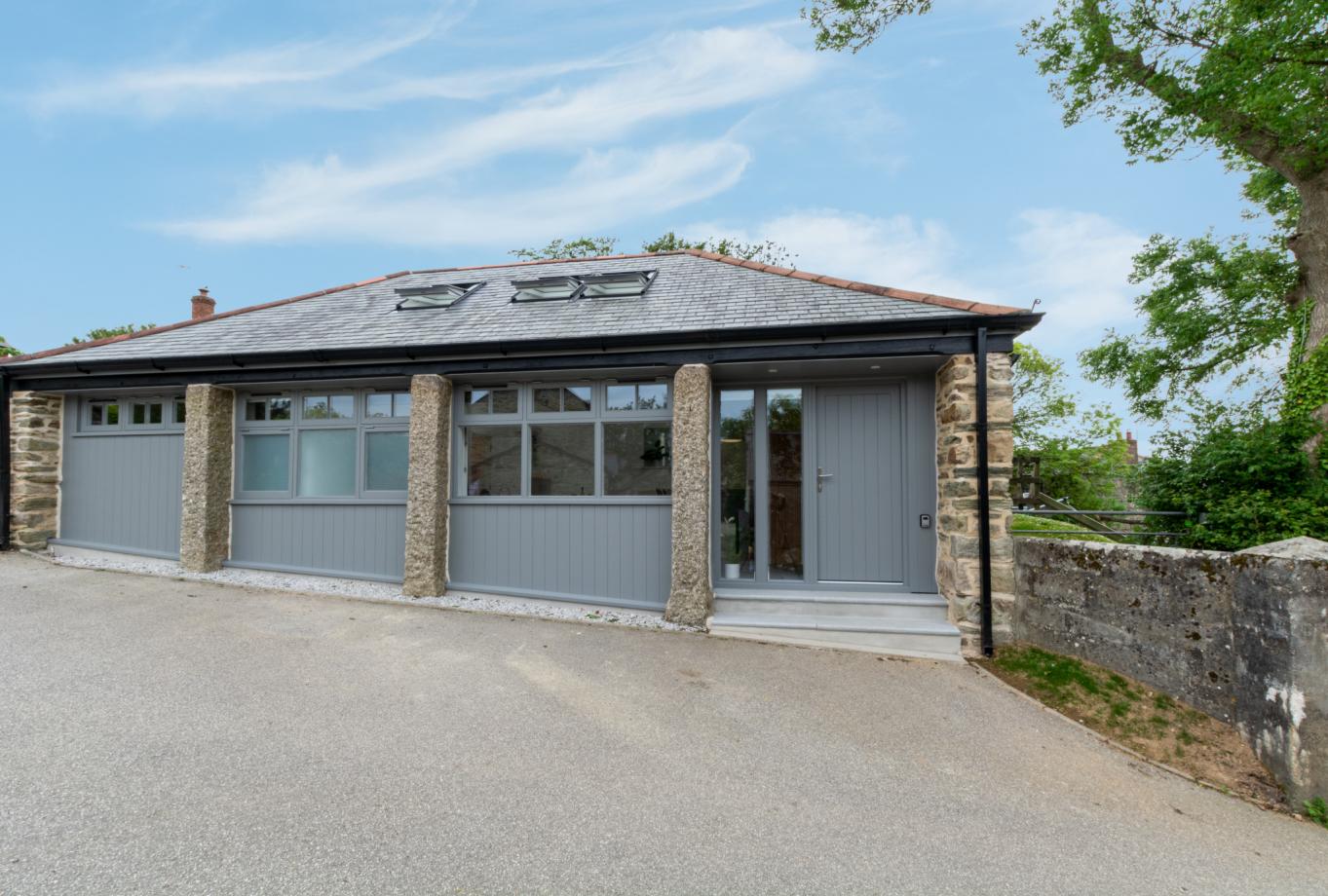 The redundant barn was considered to be a classic example of a mid Cornwall ‘Linhay’. It is 10m by 6m in size. The exact age of the barn is unknown but given its architectural style it is suggested to date from the mid to late 18th century. It is considered that the barn would have once formed a number of ancillary agricultural buildings associated with the original farmhouse. Before conversion the barn was used for storage purposes and was in a state of general disrepair.

The barn was converted into a holiday let. Underpinning works were required in order to level and form the new formal floor structure.

Although the stone work was in good order, the envelope of the building had to be raked out and re pointed during the conversion works. The stone work has been previously rendered using a cementicious render coating however, cement render is too brittle for use on stone substrates. This was carefully knocked off this rendering and re pointed with a suitable NHL mortar.